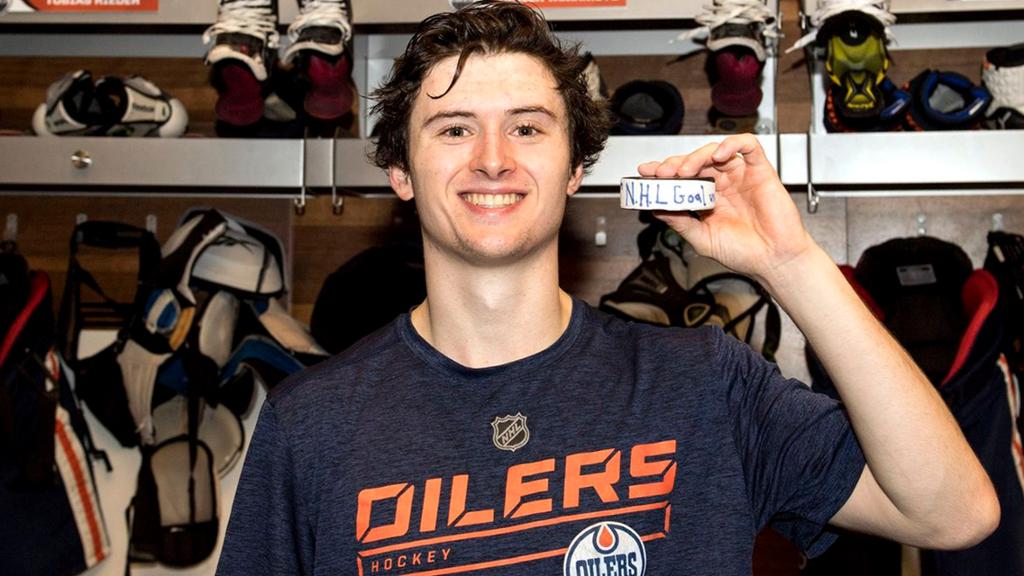 2018 saw a number of firsts for players of Asian descent, including Kailer Yamamoto’s first NHL goal and first AHL goals for Cliff Pu and Jonathan Ang.

A first-round draft pick of the Edmonton Oilers in 2017, winger Kailer Yamamoto scored his first NHL goal on October 18th against the Boston Bruins. Yamamoto received a stretch pass from defenseman Adam Larsson at the Bruins’ blueline and sped past Charlie McAvoy before going top-shelf on Jaroslav Halak.

Yamamoto made his NHL debut last season, when he had 3 assists in 9 games before being returned to the Spokane Chiefs of the WHL. He finished his junior career with 64 points in 40 games. At the beginning of November, Yamamoto was sent to the Bakersfield Condors of the AHL for more playing time. He had 8 points in 11 games before being called up again last week following an injury to Alex Chiasson. He has a goal and an assist in 13 NHL games and is currently day-to-day with an upper-body injury.

Originally a third-round pick of the Buffalo Sabres in 2016, Cliff Pu was traded to the Carolina Hurricanes this summer in August along with draft picks for Jeff Skinner. He scored his first professional goal for the Charlotte Checkers in the AHL during a 6-5 win over the Wilkes-Barre Scranton Penguins when he re-directed a shot by Roland McKeown to spark a comeback from a 4-1 deficit. Pu is number 16 in the video clip below.

Pu scored 29 goals and 84 points in 65 games for London and Kingston in the OHL last season, but has struggled so far during his brief professional career. He has been in and out of the lineup, often rotating spots between the fourth line and the press box.

A right-shooting centre in junior, Pu often found himself on the left wing, a position adjustment that has likely added further difficulty to his transition from junior hockey. Pu currently has a goal and two assists in 29 AHL games.

Jonathan Ang was drafted in the fourth round of the 2016 draft by the Florida Panthers. Last season in the OHL, the left-shooting centre scored 25 goals and 70 points in 65 games with Peterborough and Sarnia.

He is currently playing for the Springfield Thunderbirds of the AHL and his first professional goal came on a shorthanded breakaway during a 5-3 win over the Laval Rocket (Montreal Canadiens affiliate) on October 19th when he tucked the puck past goaltender Charlie Lindgren.

Ang currently has a goal and 10 points in 33 AHL games. With the Panthers suffering from a rash of injuries, there have been a number of callups from Springfield. This has given an opportunity for Ang to have more playing time and a higher spot in the lineup, where he has often been centering the Thunderbirds’ second line.