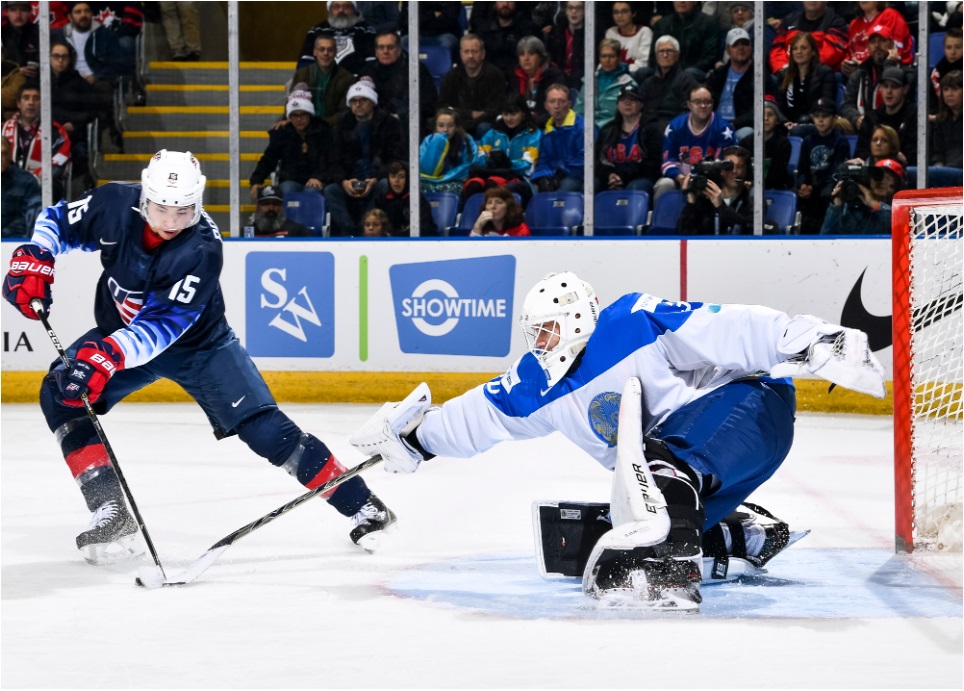 The United States won silver at this year’s World Juniors, with Robertson (DAL) an integral cog of the American attack. He played right wing on team USA’s top line with Josh Norris (OTT) and Joel Farabee (PHI) as well manning the point on the top American power-play unit.

Roberson started the tournament strong, posting a goal and five assists in just four games during the preliminary round. His best game of the tournament was when he had 4 assists while setting up a hat trick for Farabee during the United States’ 8-2 win over Kazakhstan. Robertson was named the Player of the Game for team USA.

During the quarter-final game against the Czech Republic, Robertson had the primary assists on Josh Norris’ game-winning goal to beat the Czechs 3-1. He played over 20 minutes and fired three shots on net as the Americans hung on to beat Russia in a 2-1 nail-biter to earn a spot in the gold medal game against the Finns a day later. In the finals, Robertson finished a -2 and was unable to get a shot on net, a frustrating night for the sniper with 31 goals in 32 OHL games.

Winning the silver medal after a heart-breaking 3-2 loss to Finland in the finals, Robertson finished second on the team in scoring with 7 points, tied for seventh in the tournament.