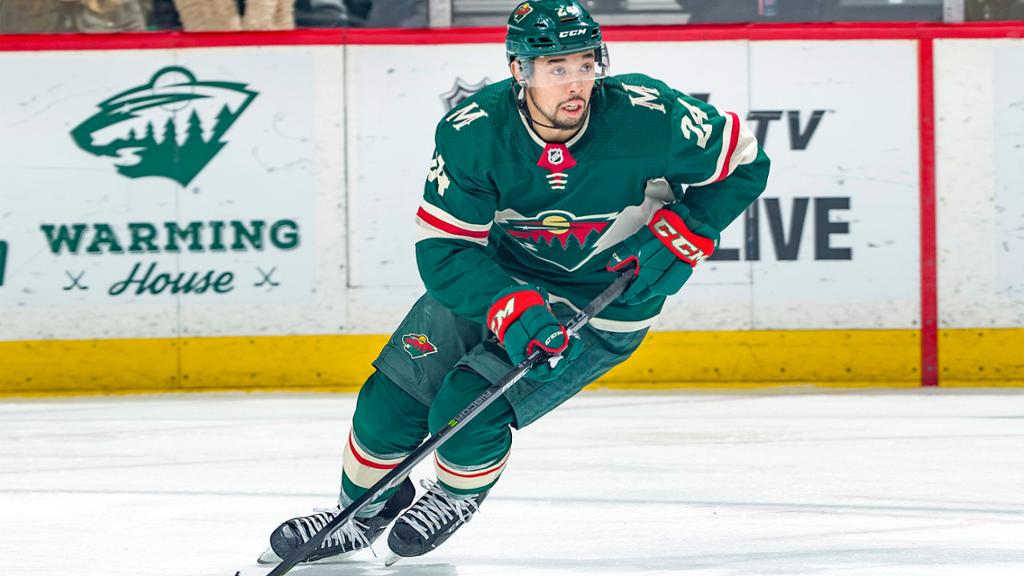 With the 2019-20 NHL season upon us, there are 5 players of Asian descent on NHL opening rosters, at least 10 in the AHL and 3 in the ECHL, in addition to a bevy in the junior leagues and overseas in the KHL.

Defenseman Matt Dumba is an integral component of the Minnesota Wild’s defence, and he has now returned from a season-ending injury that derailed the Wild’s playoff chances last year. The 25-year-old Filipino-Canadian was leading all NHL defensemen in scoring when he was injured last December, and picked up where he left off, scoring a goal in his first game back.

Joining Dumba on NHL rosters to start the season are:

The 13th overall pick from the 2017 Draft, Suzuki will look to parlay his stellar junior scoring numbers, including winning the OHL Playoffs MVP, into being a regular contributor for the Canadiens.

After being selected in the first round by the Islanders in 2014, Ho-Sang has had an eventful relationship with the team, with controversies ranging from oversleeping the start of training camp to poor defensive play which culminated with a public trade request.

The leading scorer in the OHL last season, Robertson will start his professional career in the AHL and recently talked with the Dallas Morning News about his experience as a hockey player of Asian descent.

In the ECHL, winger Cliff Pu (FLR) has had a difficult transition to professional hockey after being traded twice in the same season – the 2016 third-rounder will look to rekindle the scoring that made him a substantial part of the return for Jeff Skinner. Two of the most promising Japanese-born players of this generation, wingers Yuri Terao and Yushiroh Hirano, will also play in the ECHL this season.

Terao is making his North American professional debut after three years in the Asian league, and Hirano will be looking to build upon his promising rookie season last year when he posted 19 goals and 57 points in 67 ECHL games and earned an AHL contract from the Wilkes-Barre/Scranton Penguins (AHL affiliate of the Pittsburgh Penguins). The second Japanese-born player to play a game in the AHL, Hirano recorded an assist in his one game for Wilkes-Barres last season, the first point by a Japanese-born player in the AHL.

Other hockey players of Asian descent in the junior leagues include:

In the NCAA, there are also a significant number of players of Asian descent, including a trio of NHL draftees: defender Tyler Inamoto (FLR), winger Parker Foo (CHI), and centre Austin Wong (EDM).

After the dissolution of the Canadian Women’s Hockey League, the Shenzhen KRS Vanke Rays moved to the Russian league and won the SWHL pre-season tournament in Beijing. There are a large number of not only players of Chinese descent, but also Chinese-born and Chinese-trained players – some of the key such players for the Rays include:

There are also three Chinese teams in the second tier of Russian Hockey (VHL), KRS-BSU Beijing, ORG Beijing, and Tsen Tou Jilin, in addition to a Chiense team, ORG Junior Beijing, in the Russian junior league, focused on developing primairly Chinese-born players in preperation for the 2022 Winter Olympics in Beijing.

The Asian League of Ice Hockey is also returning for its 17th season, with the East Hokkaido Cranes replacing the Nippon Paper Cranes. Last season, the Daemyung Killer Whales won their first championship in franchise history.