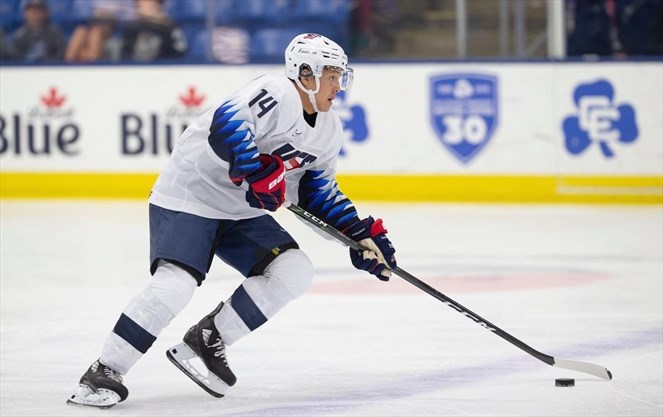 Forward Nick Robertson (TOR) was officially named to Team USA for the 2020 World Juniors. The 18-year-old Filipno-American is the youngest player on the team, but will be a key contributor while skating on their top line. A second-round draft pick of the Torotno Maple Leafs, Robterson has teared up the OHL this season with 23 goals and 35 points in just 22 games, and is the only player in the league to average more than a goal per game.

In the Americans’ exhibition games, Robertson wore the ‘A’ as an assistant captain and scored twice in a 6-4 win over Sweden on Sunday while being named the Player of the Game. He also scored in a 7-1 win over Germany on Monday.

Robertson and the American team starts the tournament with their annual Boxing Day match against Canada to kick off the preliminary round.